From initial conception to design and manufacture, we engage in the integrated development of robots, automated equipment, assistive devices, and more. We specialize in the design of automatic machine harnessing traditional mechanism. We have an extensive track record of experimental equipment for universities and research institutes.
We are also able to meet other needs, such as electrical system embedding, basic control program creation, joint patent applications, and paper creation support. 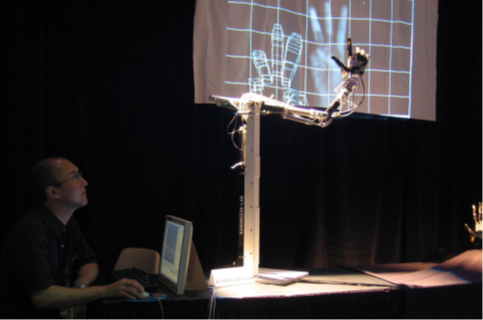 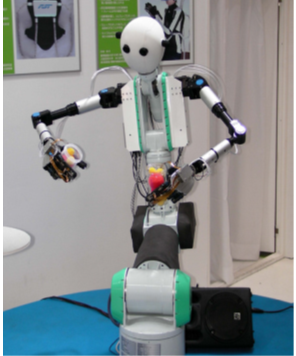 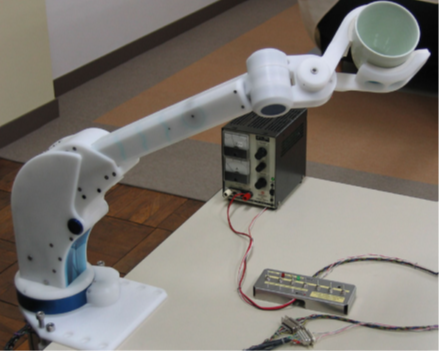 Endowed with the same size and motion (hand: 15 DOF; arm: 7 DOF) as a human being. The electrical system is also internal and can be used for university student research equipment. The picture is from a demonstration at the international SIGGRAPH 2006 conference held in the United States.

The concept of "telexistence" advocated by the University of Tokyo professor Susumu Tachi is a process in which the operator remotely controls a humanoid robot as if he were inside the robot itself. We gave our high performance robot, perfect for this concept, the name TELESAR, and it has been employed for this purpose. The picture is of a demonstration at the International Robot Exhibition 2011.

A device that can be easily operated by senior citizens and the disabled for assisting in light work, such as eating and drinking. With the goal of a global release, patents are being obtained for this product in Japan, the United States, China, and Europe.